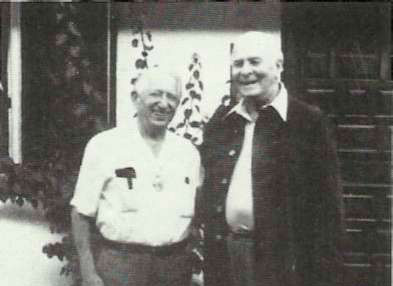 My name is Andre von Peczely. I have been invited by Dr. Bernard Jensen to give you some information and family stories from the life of my great uncle, Dr. Ignacz von Peczely, who is considered “the father of iridology.”

I do not want to repeat what the world already knows from books by Drs. Zoppritz, Schlegel and many others, but most importantly, books by Dr. Jensen. I would like to talk mainly about Uncle Ignacz’s personality and private life. Uncle Ignacz died six years before I was born, and so, consequently, I never met him, but I’ve loved him since I was six years old.

My father, Laszlo Peczely, a homeopathic physician, worked eleven years on Uncle Ignacz’s discoveries, using his handwritten notebooks. My father organized several hundred pages of these notes into book form. The first, and so far the most important, is the book Iris Diagnosis, published by Dr. L. Peczely, in the Hungarian language in 1980 and in German in 1981. The books, Fingernails Diagnosis and The Law of the Nature for Sex and Health Control Through the Timing of Fertilization, are both unpublished as yet. These manuscripts are in my possession, and I am working on the English translations presently.

My late brother, a medical doctor, Attila Peczely, who represented Dr. Ignacz Pecze-ly’s ideas at the First World Congress of Iridology in Germany in 1933, and at the Second Congress in Nuremberg in 1935, was elected Honorary President of the International Association of Iridologists. He also wrote a 30-page booklet on the life story of Ignacz Peczely. (Dr. Bernard Jensen and I are presently working on a translation of this.)

Most of my information about Uncle Ignacz comes from both my father and brother — from our family records.

Ignacz had a great childhood in Egervar, Hungary, where he lived with his parents in an old castle called “The Fort of Egervar” Life there was good for them. His father worked in agriculture; they had a good social life. There was hunting, horseback riding, etc.

In his youth, Ignacz, showed fantastic talent for drawing, painting, sculpture and mathematics. In his later life, he was a teacher of drawing and art for a short time.

Iridology had its beginnings when Uncle Ignacz captured an owl. The owl hurt his hand so badly with its claws, Ignacz had to break its right leg for relief. Ignacz immediately noticed a red spot appearing in the owl’s right iris. Later, in Uncle Ignacz’s life, he recognized the same spot in a man’s iris, and this was the beginning of iris diagnosis.

Uncle Ignacz started to practice homeopathic medicine after learning Dr. Hahne-mann system from a medical doctor. He had fantastic success, and people called him “the wonder doctor” At this time, he was not a medical doctor.

Later, because of the government pressure and pressure from some jealous allopathic physicians, Ignacz made his decision to attend the University of Medicine in Budapest, and later, the same university in Vienna. At age 36, he became a medical doctor.

Dr. Peczely supported twelve poor students from his income—some of them became famous doctors, too. In Vienna and Budapest, Ignacz made many friends, but he also made many enemies because of his new ideas. Before his final examination in Vienna, Professor Rokitansky gave him a warning, “Do not try to take an examination in my subject! I will not let you have a diploma!”

Ignacz studied Rokitansky’s book night and day, and on the day of the examination, he carried a gun in his pocket. . .to kill himself if he failed. At the examination, after every question, Ignacz repeated Rokitansky’s writing word for word! The Professor was so surprised to hear his own words from Ignacz’s lips he gave him the highest degree in his subject. The good Lord helped Uncle Ignacz, and he didn’t need the gun.

Ignacz started practicing medicine in Budapest as a registered medical doctor in 1886, with unbelievable success. After several financially successful years, the millionaire doctor purchased an expensive palace in the best part of the city, and used the main floor as his office. He had a male secretary, a bookkeeper, a mute female as his full-time housekeeper, a full-time cook, and a horse coach for his service.

His daily schedule of six days a week consisted of the following: 9:00 a.m., breakfast, which always consisted of two soft-boiled eggs, one medium-size baked potato—no butter. (My father copied his breakfast every morning also, and I had the cap of the eggs.) After breakfast, his secretary opened the mail and presented the daily schedule. 10:00 a.m. to 2:00 p.m., he worked with his patients. After work, he rested until 4:00 p.m. Every Saturday he gave treatment to the poor—free! At 4:00 p.m. he had dinner in his formal dining room with 8, 10 or more friends and guests. This was his only social life. The meal was luxurious for the guests.

Dr. Peczely was a very moderate eater. He ate everything he wanted, but small portions. He drank only plain water at room temperature. He ate two large steamed carrots with sugar at every dinner. He favored vegetable

Ignacz was an unbelievably strong man, with small hands and feet. He would wear only handmade shoes and gloves. His hobby was to entertain his friends by bending horseshoes with his bare hands! This strength saved him once when two hired men attacked him with knives. Ignacz grabbed them, physically picked them up and hit them against each other until they were unconscious. He dropped them to the street and left. No police report was filed.

Uncle Ignacz truly loved his brother, who was seven years younger, and physically opposite from him. His brother had a small body with beautiful hands with long fingers. He played the piano, and at age nine, gave a Chopin concert with somebody pushing the piano pedals for him!

At the age of 60, Uncle Ignacz married a woman 14 years younger than he. She was from a famous, and previously rich family. Her parents lost their estate, and she married Uncle Ignacz for his money! She was waiting for him to die, but the Good Lord gave him a long life.

Ignacz often had doctors visiting him from Europe. The Swedish homeopath, Nils Lilije-quist, wrote to him for the first time in 1885; he later visited him in Budapest.

After a long and almost tragic life, Uncle Ignacz passed away at his home in 1911, at the age of 85, without ever having permission from the Hungarian government to build his own clinic to prove the truth of his discoveries. He did write his memoirs; and

I hope someone will be able to continue my job of translating them and be able to publish this man’s memoirs.

Ignacz is buried in my father’s hometown of Kiskomarom, Hungary, next to his beloved brother; my father, Laszlo; my grandfather; and other members of our family. His wife is not buried with the family. Uncle Ignacz never said a single word about his unhappy marriage, but in his will, he told my father not to bury him with his wife.

In his will, Ignacz left several hundred thousand forints each to his late brother’s four children. The rest was given to my father, with all estates and rights to his books, discoveries and the rights to sell his new homeopathic medicines. My father was his unconditional heir.

After World War II, life was very difficult for me in Hungary, and in 1956, I began a new life in America. I had forgotten about Uncle Ignacz and his iris diagnosis! One day, toward the end of 1987, however, a friend gave me a book on iridology by Dr. Bernard Jensen. It contained a story about my great uncle. I called Dr. Jensen and introduced myself. Shortly after that, Dr. Jensen made a trip to my home in Foster City, California, seeking information on Uncle Ignacz and his work. 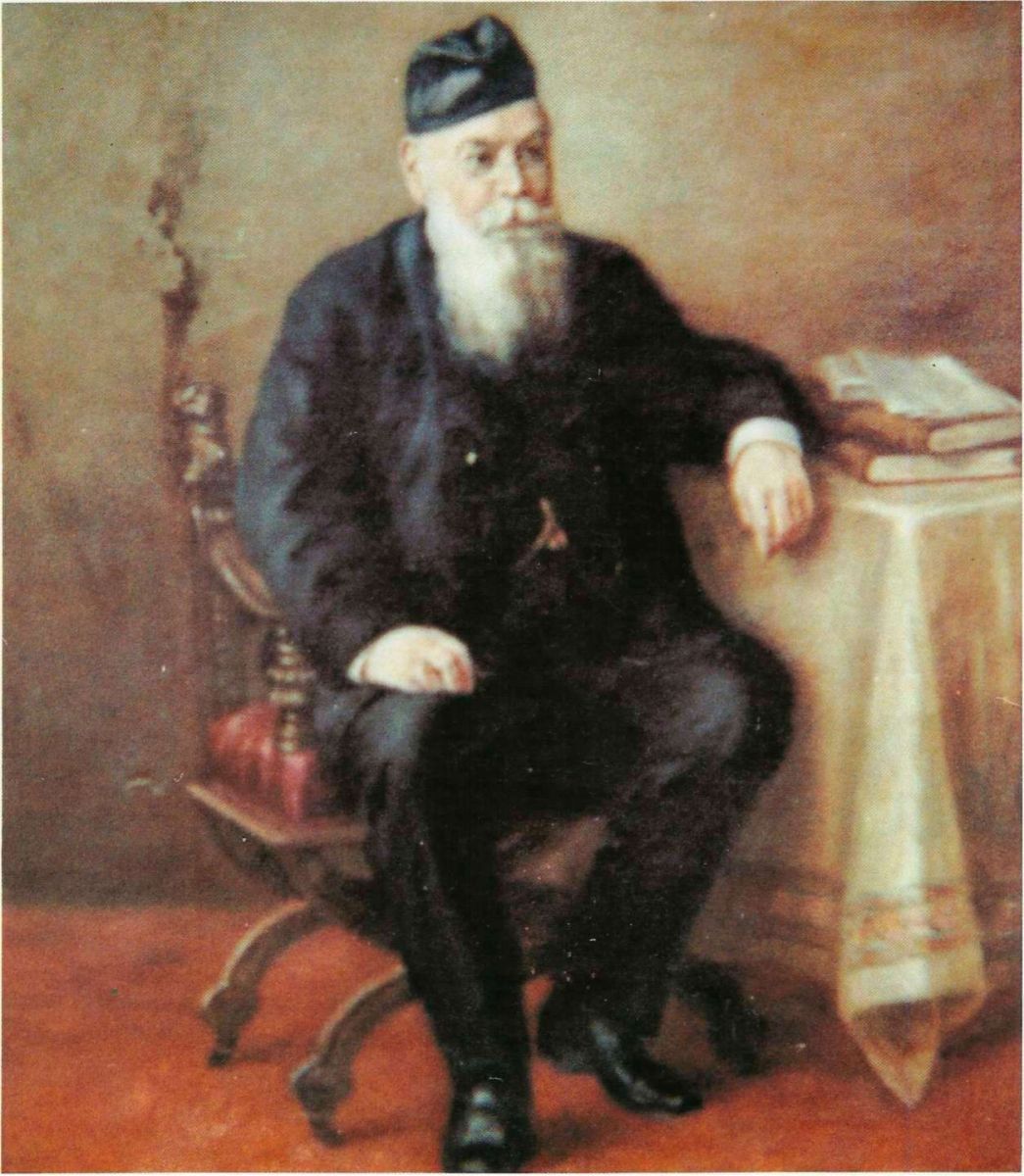 Only a great man and scientist, such as Dr. Jensen, would be so faithful to his believed ideas to spend the time to find more information about this respected man, Dr. Ignacz von Peczely. And, after Bernard spent more time with me, he opened my heart again to my uncle and the science of iri-dology, and here I am, back in the family interest again.